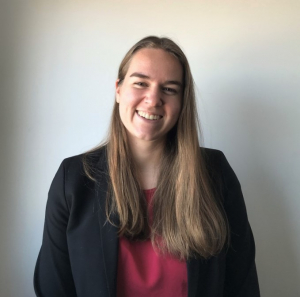 JJ was working three jobs and caring for her two daughters when the pandemic hit. As two of her jobs phased out, she was able to keep the third until an injury flared up, causing her to take fewer hours.  As medical bills mounted and her income depleted, JJ began to fall behind on rent. She struggled to pay her phone and WiFi bills and worried that her daughters would not be able to keep up with remote school.

Meanwhile, JJ’s landlord refused to make needed repairs. Mice infested the apartment. They were so rampant that they ran across her daughter’s body while she was sleeping.

In early December, JJ received an eviction notice. A few weeks later, the landlord served an eviction court summons. Shortly after, JJ reached out to Greater Boston Legal Services (GBLS) who immediately connected her to the state’s rental assistance program (RAFT). Even with rental help on the way, JJ’s landlord pushed her to move out immediately and relentlessly harassed her, including storming into her room without notice. “We are losing a lot of sleep and we are living in a dangerous situation,” JJ told CELHP Paralegal Allison Piper.

“When RAFT came through, I was thrilled, since the overdue rent was covered,” said Allison.  “There was no reason the case should exist any more.” The landlord’s attorney agreed to dismiss the case and JJ stayed in her home. With the case behind her, JJ hoped she could focus on the future and look for a new apartment where her family could get a fresh start.

Yet the rental arrearage was only the first problem. Mice were still everywhere and the landlord was banging on the door a week later asking for the next month’s rent. “This solution felt like a band aid covering a much deeper wound,” said Allison.

But to JJ, rental assistance was instead a sign of a bigger shift. Only a week later, JJ’s instinct proved right. A housing inspection from the month before paid off; JJ’s landlord called her to apologize. He told her that a professional exterminator would address the mice problem in a few days. Additionally, JJ found an apartment available in Boston, where she could move in a few months. She also had a hearing with the Unemployment Office to get her benefits back until she could return to the workforce.

“I think things are finally coming together”, JJ wrote Allison. “So thankful for all your support through one of my most difficult times.”