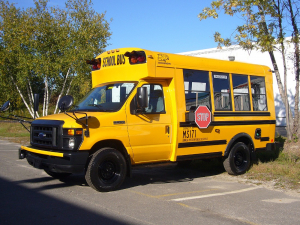 “Allan began sleeping at night in his employer’s van, which he drove during the day to bring special needs kids to school.”

At the start of the COVID pandemic, Allan had no place to go. He had received an eviction Notice to Quit after missing two months of rent and left to avoid court action. Allan had lived with his mother, Sarah, in her apartment a few years ago, so Sarah decided that he should move back in.

Shortly after Allan returned, Sarah’s landlord sent her an eviction Notice to Quit for having someone live with her without permission from the housing complex.

Sarah applied for approval to add her son back onto the lease but approval was denied. The reason stated was a poor reference from Allan’s previous landlord for an alleged inconsistency paying the rent.

Allan had no choice but to leave and began sleeping at night in his employer’s van, which he drove during the day to bring special needs kids to school. Worrying about her son’s safety alone at night in a parking lot, Sarah often stayed with him overnight in the van.

Sarah then reached out to MetroWest Legal Services. CELHP advocates appealed the denial with MassHousing, hoping to convince a hearing officer to let the mother and son live together in the apartment. With the onset of winter, the advocates told Sarah to stay in her apartment and allow her son to stay with her until the hearing officer made a decision.

Meanwhile, CELHP staff gathered extensive records to overcome Allan’s negative landlord reference. The records showed that Allan had, in fact, been largely compliant with his rent payments. After sustained advocacy, the hearing officer decided that the landlord must allow Sarah’s son to live with her. The landlord withdrew the Notice to Quit. Now neither Sarah nor her son face homelessness, or are sleeping in a van. Both can live together safely without fear of being evicted.

Names have been changed to protect the client’s privacy